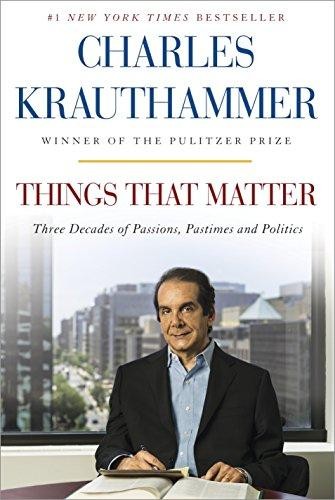 Signed in person by the late, great, Charles Krauthammer directly on the free end page. NOT signed to anyone. Photos of the Mr. Krauthammer at his book signing event, and a copy of the signing event announcement, will be included with the signed book. First Edition/Later Printing. Hardcover. Book is NEW and UNREAD, opened only for signing. No marks, no inscriptions. Not a book club edition, not an ex-library. Dust jacket is new, not price-clipped, in a removable, protective clear cover. This is a beautiful autographed book for collectors. Makes a great gift.